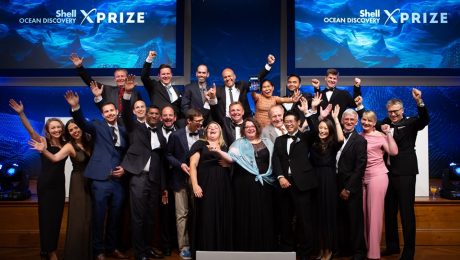 31 May 2019 – Monaco.
After three years of intense research, rigorous testing and incredible determination we have reached the finish line, taking home first place of The Shell Ocean Discover XPRIZE competition. As a team we have not only built such an extraordinary machine, we have gained a huge wealth of knowledge and have already made a large impact.
Dr Rochelle Wigley, Dr Yulia Zarayskaya,​ Dr Karolina Zwolak and Benjamin Simpson received the award on stage with almost the entire official team members witnessing the emotional moment at the Musée Océanographique de Monaco.
Seventy-eight people from 22 countries with different educational, cultural and professional backgrounds contributed to the success of the team. This serves as a milestone and a proof that regardless of individual differences in all aspects, people can work together and do great things as a whole, being guided by one clear goal – to effectively and efficiently map our oceans.
The Hushcraft vessel has done it and we couldn’t be prouder.
Please follow the link below to read more about our achievement!
https://www.xprize.org/articles/ocean-discovery-winners-announced
Read more
No Comments 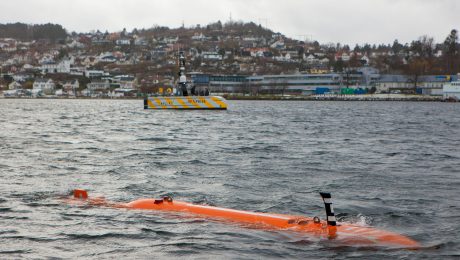 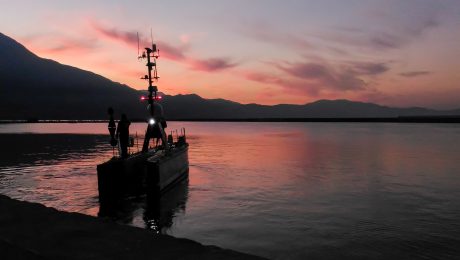 In 2016 Hush Craft Ltd were approached by GEBCO-Nippon Foundation Alumni Team to assist their team in the Shell Ocean Discovery XPRIZE competition. Hush Craft were responsible for designing, manufacturing and operating the unmanned surface vehicle ’SEA-KIT’. After two and a half years of planning and hard work the team have just completed our submission for the Shell Ocean Discovery XPRIZE competition finals, which are currently underway in Greece.

The Shell Ocean Discovery XPRIZE competition will accelerate innovation for rapid and unmanned exploration of the uncharted deep-sea; catalyze markets in deep ocean exploration and discovery; encourage sustainable resource development and protection; illuminate the most mysterious part of the planet and ignite the public imagination. Hush Craft Ltd’s ability to be a one stop shop for designing, developing and operating makes us perfectly suited for such a challenge.

SEA-KIT’s unmanned capabilities feature the ability to control the vessel from an operation centre, located anywhere in the world, no matter the distance from the vessel. This ability for remote operation has also been extended to surveying equipment on board, which includes state of the art MBES systems. SEA-KIT achieves this through its ability to stream live data to the operation centre via multiple satellite links.

Being a truly unmanned but fully compliant vessel provides SEA-KIT with a large variety of economic and environmental benefits compared to a typical research vessel. By eliminating the need for an on-board crew, the vessel size is reduced. The reduced vessel size combined with the hybrid diesel-electric propulsion system results in an approximated fuel reduction of 95%, which in turn significantly reduces the cost of data acquisition.

in both deep and shallow waters.

The images show the underside of SEA-KIT. Here you can see the gondola fitted to house the multibeam and HiPAP for communicating with the AUV from the control centre.

On Friday the 9th of November at 03.00AM, after two and a half years of continual research, designing, planning and testing, SEA-KIT embarked on her mission in the finals of the Shell Ocean Discovery XPRIZE competition. The aim of her mission was to map at least 250 km2 to 500 km2 at depths of 2,000 m to 4,000 m.

SEA-KIT arrived back to shore at 13.30PM on Saturday the 10th of November, 35 hours after her departure. She had completed her mission perfectly to plan, with no physical human interaction. After the data was processed, the team presented their data submission to the XPRIZE judges and are now patiently awaiting the results.

SEA-KIT would like to thank the GEBCO-Nippon Foundation Alumni for including us as part of the team and to the Nippon Foundation for their continued support over the past two years. It has been a privilege for SEA-KIT to be part of such a ground breaking and exciting project.

SEA-KIT International Ltd is building on the foundations laid down by the XPRIZE competition, developing and conducting safe offshore operations and successfully ensuring that the original objectives of SEA-KIT are realised whilst exploring both scientific and commercial opportunities. Working with the GEBCO-NF Alumni team, associates and future clients to benefit great projects such as Seabed 2030, SEA-KIT International Ltd has several exciting opportunities to come in the new year.

We are keen to push new boundaries in many more marine sectors, please contact info@sea-kit.com for more information.

Hush Craft powers Sea-Kit all the way to the finals!

After a lot of hard work and determination, Sea-Kit have made it to the final of the Shell Ocean Discovery XPRIZE competition. We are so excited to be a part of something so amazing. Please have a read of this great article linked below for more of an insight into the competition and the other competitors. 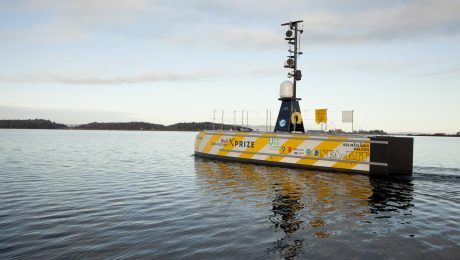 Hushcraft ltd. has been proud to have been part of the GEBCO-NF Alumni team competing in the Shell Ocean Discovery XPRIZE as the designer and builder of the SEA-KIT class of Unmanned Surface Vessels.

The design brief for the competition was to produce an autonomous maritime data collection platform in order to map 5oo sq.KM of ocean floor in a short period of time. The initial round of the competition was to produce a high quality bathymetric map and spot imaging of 100 sq.KM at a depth of 2000m and at a resolution of at least 5m Horizontally and 0.5m Vertically. All data had to be captured within 16hrs and processed within 24hrs.

Hushcraft successfully took on the challenge of designing and producing the AUV Mothership system that forms the basis of the USV/AUV concept, ensuring that the team were able to complete the initial competition round in November 2017.

The vessel concept was based on utilising as much off the shelf technology as possible, in order to reduce risk int he development process and to leverage the huge advances already made so far, this allowed the team to use the commercially available and highly successful Kongsberg Maritime Hugin AUV in order to perform the deep water surveying, so Hushcraft’s development could focus on the new concept of developing an unmanned vessel acting as mothership to a production and known autonomous underwater vehicle.

Hushcraft has been proud to be the first customer for the Kongsberg Maritime K-MATE Autonomy Engine that provides the autonomous “brainpower” for the vessel. Allying this technology to Hushcraft’s Hybrid Drive system and vessel technology integration abilities, has lead to the creation of a truly ground breaking new vessel.

We’re really pleased to have a full review of the Thrustpilot system in MBO magazine this month. Positive feedback and a detailed test – essential reading if you are considering a conversion project with Hushcraft.

One of the original fibre glass cruisers on the Norfolk Broads is about to become the first cruiser to go fully electric.

The interior on EVa May is now complete and she really is looking great for 38.  Amongst many, many upgrades during the re-fit:

Her interior woodwork has been re-varnished and polished

A new microwave has been installed in the galley

Mattresses have been replaced with new memory foam ones